George Clooney arrived in London last night, looking casual in his jeans, boots and leather jacket combo. He's taking time out from filming The American in Italy to appear at the opening of the London Film Festival this evening, alongside his Fantastic Mr Fox costar Meryl Streep. Having been to the Toronto Film Festival and Venice Film Festival, George is racking up his air miles to promote all his new films, and he has three movies showing at this year's LFF! 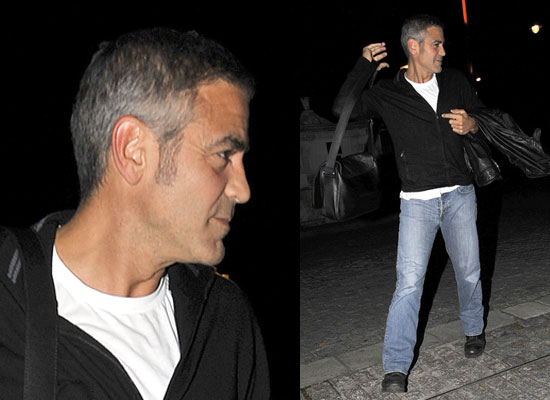