Gorgeous Gerard Butler escaped our cold British weather to see in the New Year in Miami Beach, but unfortunately he didn't get shirtless like his pal, TV presenter AJ Calloway. While Gerard's been busy relaxing, rumours have started to circulate about a possible new role: as the Phantom of the Opera! Andrew Lloyd Webber has composed a sequel to the musical, entitled Phantom: Love Never Dies, and Gerard is amongst those in the running (having played the part in the 2004 film adaptation), as is Hugh Jackman. Whatever comes of those rumours, we'll definitely get to see Gerard on the big screen in just a matter of months, when his film with with Katherine Heigl, The Ugly Truth, comes out in the UK on 17 April: check out the trailer here. 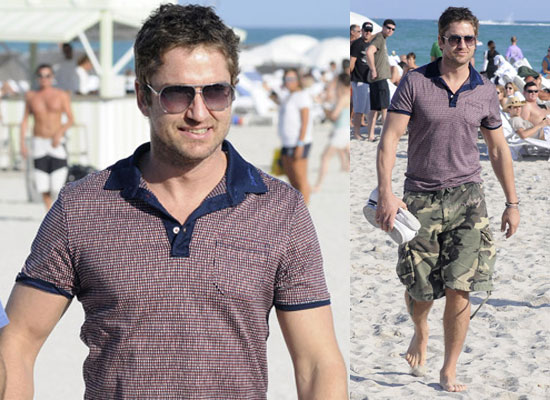