Gerard Butler struck some silly poses as he was named GQ Man of the Year at a ceremony in Munich last night. The Scot spent the weekend partying alongside Lindsay Lohan at the opening of the Mazagan Beach Resort in Morocco, and reports claimed the pair shared a kiss. Lindsay later denied it, tweeting: "it's amazing, one minute i'm dumped, the next i'm dating a model, now gerard? WHO HAS THE TIME! such lies -it keeps me laughing :)". Gerard's been linked with so many woman, forcing him to make several denials, and you're evenly split on whether you think all the rumours are true. At least there's also news about Gerard's career to distract us from reports about his personal life: he has signed up for Coriolanus, Ralph Fiennes' directorial debut, with shooting in Serbia due to start in March. 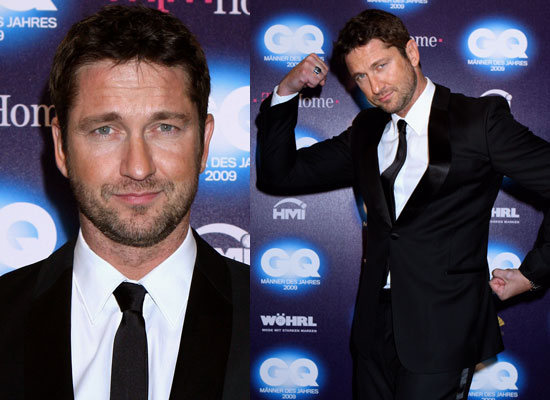