As if all the glamour of the Golden Globes last night wasn't enough, LA also hosted the Art of Elysium gala on Saturday. Sarah Jane Morris and Rachel Griffiths went for shades of blue, while their Brothers & Sisters costar Dave Annable looked gorgeous as ever as he laughed alongside Ioan Gruffudd. Sting showed off his new hair colour, Jared Leto acted as photographer, and honorary guest Eva Mendes cuddled up with Gerard Butler, who swapped his laid back Miami beach chic for a shirt and tie. Our Scottish hunk has rubbished rumours he's a womaniser, saying: "Guys take a photograph of me speaking to someone and, apparently, I am having an affair with her. I'm having 10 affairs a day. It would be just too exhausting and I'm not that sort of guy". Too bad for Paris Hilton, who's apparently smitten with him. 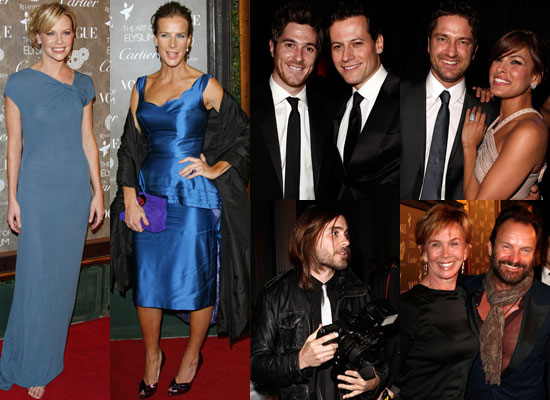