Gerard Butler went for casual style in jeans as he made his way around Tribeca, New York, yesterday. The Scot premiered his new film Law Abiding Citizen in New York on Wednesday night — will you see it or skip it? — and he took the opportunity to clear up romantic rumours. Once again, he told reporters that he's not dating Jennifer Aniston, proving the majority of you right by saying: "I love her to death... She's the coolest and she's become a great friend, but there's nothing going on. And if there was, I'd be happy to say it!". He also had big love for another of his leading ladies Katherine Heigl, saying she will be an amazing mother. 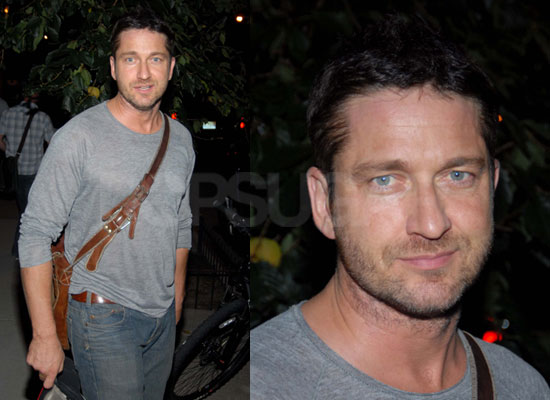