Methinks someone is rather thrilled to be engaged, no?! She's only just made the official announcement, but Geri Halliwell wasted no time in flashing her engagement ring at Heathrow Airport yesterday. She had been spotted shopping for rings, but it still seems rather soon, even in the fast-forward world of celebrity. Fiancé Fabrizio Politi was waiting at Milan Airport to greet his grinning bride-to-be. He has already been introduced to the important people in Geri's life, so he must have got the seal of approval to have got that ring on her finger so soon. 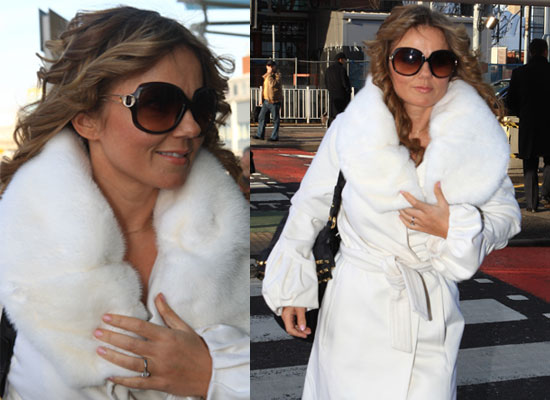 To see pictures of Geri and Fabrizio at Madrid Airport, just read more.

Celebrity Couples
Kourtney Kardashian​​ and Travis Barker Aren't Engaged, but They're Already Talking About It
by Kelsie Gibson 05/5