Geri Halliwell partied at the Ivy Club and The Shadow Lounge in London's Soho on Saturday night with her partner Henry Beckwith and pal Kenny Goss. She's standing by her man after he was reportedly arrested for cocaine possession as he left Raffles earlier in the week. Henry allegedly admitted the offence at Chelsea police station and was cautioned. The couple will be keen to focus on positive things, and with the Spice Girls musical going ahead and a possible wedding on the cards, they've got plenty to look forward to in the coming months. 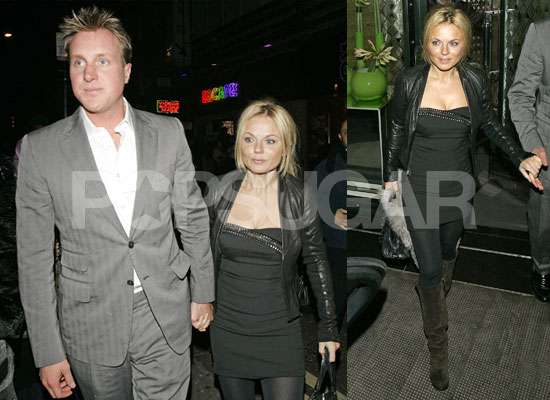 Hair
In a Peak Lockdown Move, Geri Halliwell Cut Her Own Fringe — and It Looks Great!
by Tori Crowther 21 hours ago