Geri Halliwell kept warm with a flat cap and body warmer as she took a stroll in the snow in Hampstead yesterday: share your cold day looks with FabSugarUK! She's been enjoying the Wintry weather by having snow ball fights with her boyfriend Henry Beckwith, who might be about to become her husband. Rumours suggest the couple are getting serious, as Geri was spotted at a church and tailors with George Michael's partner Kenny Goss this week. Kenny reportedly let it slip that Geri was planning her wedding, but there's no official word yet. Friends have said in the past Geri's not the marrying type, so perhaps Henry's changed her mind. 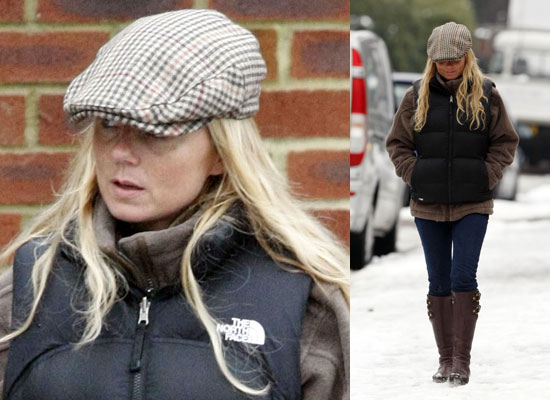