Having spent a romantic weekend in Paris recently, Geri Halliwell and her new boyfriend Fabrizio Politi enjoyed dinner with friends at E&O Restaurant in Notting Hill at the weekend. Although Geri has reportedly dated various men over the last few months, it certainly looks like things are getting serious with Fabrizio, as he's been introduced to Bluebell. Geri's also introduced her man of the moment to her BFF George Michael, who dined with the couple on Saturday. It's great to see Geri looking so happy, healthy and on trend in her furry jacket! 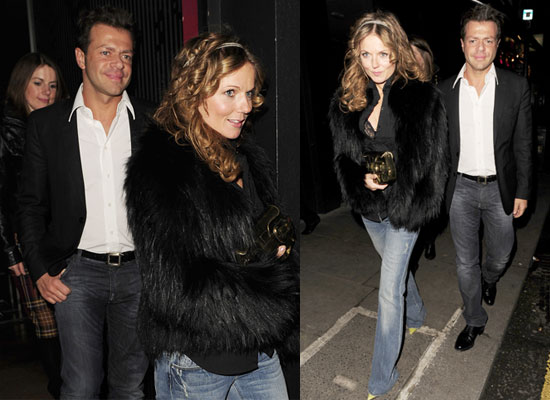