Girls Aloud coordinated their outfits for dinner at Nobu in London last night, keeping it matching in monochrome. Although Sarah, Nicola and Kimberley continued the party at Movida, Cheryl decided not to join them. As well as her disappointment about her act's departure from The X Factor at the weekend, Cheryl's also now facing the possibility of having to give evidence in court. Her hubby, Ashley Cole, is set for a High Court privacy battle over newspaper allegations that he cheated on her. The case will come up for trial next year and is expected to last up to four weeks and feature more than two dozen witnesses. At least Cheryl still managed a smile last night. 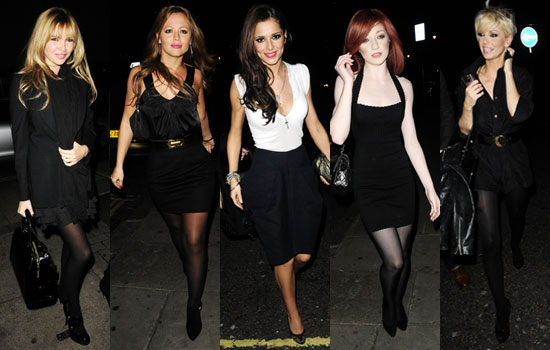 To see close ups of all the girls, just read more.