After performing on The X Factor on Saturday night, Girls Aloud (minus Cheryl) kept the party going by moving on to Whisky Mist. Sarah led the pack in terms of big hair (do you love or hate it?), while Nicola went for a PPQ tiger print dress. Nadine was with her new man, NFL player Jason Bell, while reports suggest her ex, Jesse Metcalfe, might be heading in to the jungle for this year's I'm a Celebrity... Get Me Out of Here. If he starts to reveal their bedroom secrets, which she apparently fears he will, then at least she can hide away in that LA hotel she plans to buy for £1million. 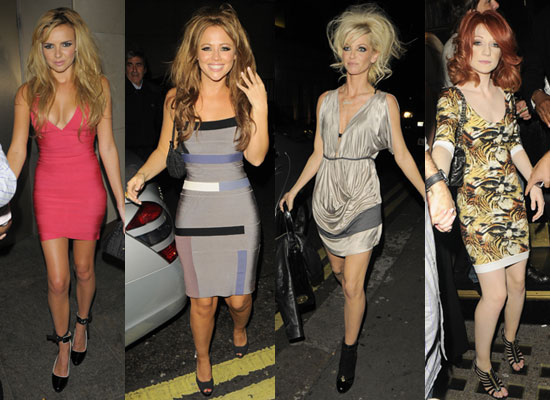 We've got more pictures of the girls out on the town so just read more.