Ed Westwick and Leighton Meester were spotted exiting a building in New York City as they filmed series three of Gossip Girl yesterday. The onscreen couple weren't full of smiles, but perhaps they were just jealous of their costars Penn Badgley and Jessica Szohr who were still running around filming scenes featuring the game we saw them playing at the weekend! When Jessica was asked who she was most looking forward to coming back on set to see in the New Year, she spoke about a cameraman who makes her laugh — but her boyfriend Ed shouldn't feel too bad, I'm sure she discounted him they saw each other over the Christmas break! 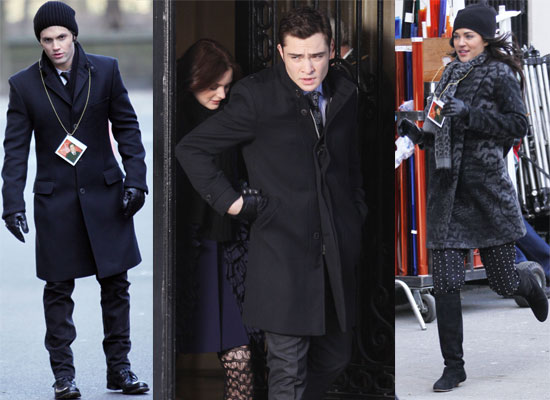