Leighton Meester, Penn Badgley, Ed Westwick and Taylor Momsen were joined on Gossip Girl's New York set by new castmate Hilary Duff this week. Ed looked studly in his sleeveless top, but there was no sign of his off-screen girlfriend Jessica Szohr — let's hope they're able to patch up their recent differences. Leighton wore a couple of cute outfits, having put paid to those sex tape rumours, while Taylor rocked a couple of edgy looks and Penn kept it casual. 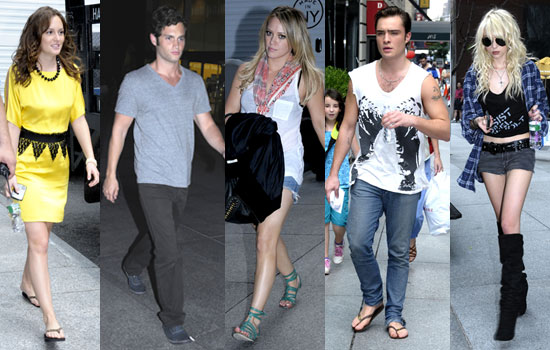 More pictures of the gang on set, so just read more.