Leighton Meester and Blake Lively were sat on those familiar New York steps as they filmed more scenes for the upcoming series three of Gossip Girl. Blake covered up in a dressing gown as she rehearsed with Leighton, and when filming started she showed off her funky outfit! Meanwhile Ed Westwick was in town in Chuck Bass's clothing, showing off a range of facial expressions as he waited to film on the streets of the city, and still managing to look very handsome with it! He'll possibly be looking for a new flatmate as it's been reported that Chace Crawford has moved out of the apartment they share in the city — I'm sure he'll have plenty of potential interest! 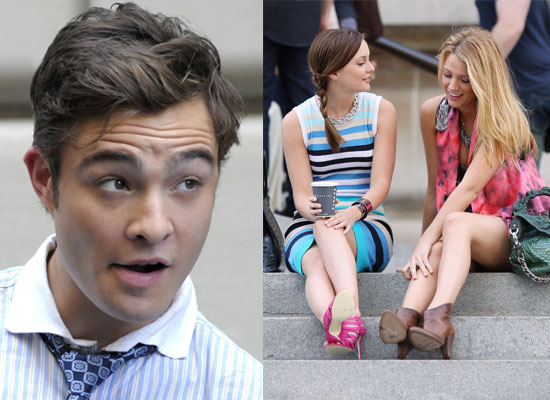 HBO Max
The Gossip Girl Reboot Has A More Diverse Cast, But It Still Lacks Representation
by Charlene Masona 22 hours ago