Hayley Atwell was happy to sign autographs as she left the GMTV studios on Tuesday. She was promoting the new remake of The Prisoner and today it has been announced she's been cast as Peggy Carter in Captain America. Other high profile British actresses were up for the coveted role, including Emily Blunt and Keira Knightley, but it is Keira's costar in The Duchess Hayley who has landed the part alongside Chris Evans in the lead role and Sebastian Stan as sidekick Bucky Barnes. I've been a fan of Hayley's period drama work, like Brideshead Revisited, and I'm excited to see her in a totally different role now: what about you? 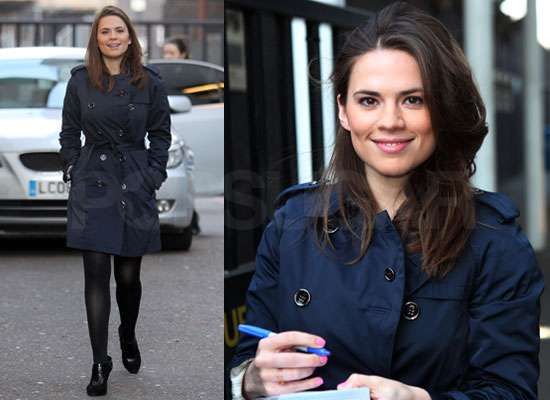