Chace Crawford, Blake Lively and Penn Badgley got down to some rehearsals and filming on the New York streets yesterday for the third series of Gossip Girl. They were also joined by a new face as Hilary Duff showed up on set to play her role as a famous actress seeking a normal university experience, in the upcoming episodes. As well as Hilary guest starring next season, it's also been revealed that Tyra Banks will join the cast. Fierce! 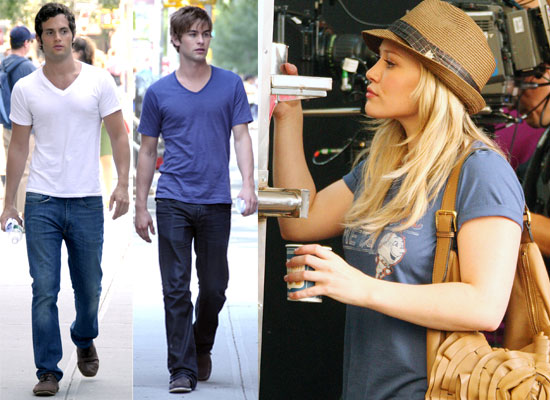