Sexiest man alive Hugh Jackman effortlessly combined shades and a leather jacket with a doll and pink scooter while out and about in West Village, New York, with his children yesterday. The Oscars host is making the most of some downtime before getting back to work, and with various rumours flying about what's next for Hugh, it sounds like he's going to be very busy. Although he is not going to star in Steven Soderbergh's 3-D live action musical about Cleopatra, he's reportedly in the running for another musical: Andrew Lloyd Webber's sequel to the Phantom of the Opera. The cohost of Dancing with the Stars also has her eye on Hugh as a contestant on the show, which begins in March. One thing's for sure, and that's Hugh's starring role in X-Men Origins: Wolverine. Watch this space to find out what Hugh does next! 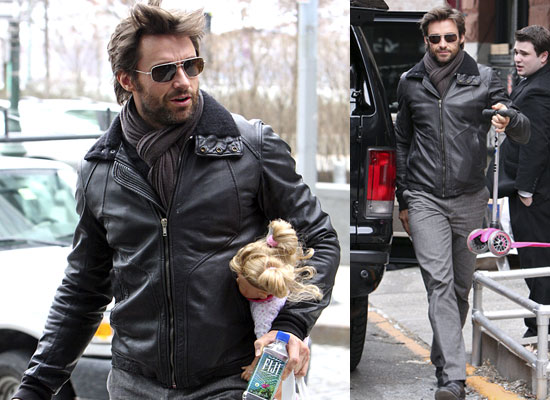