Travelling the world to promote X-Men Origins: Wolverine, Hugh Jackman showed he's game for a laugh by dressing up as a scientist on crazy Spanish TV show El Hormiguero in Madrid yesterday: check out a clip of his appearance after the jump. Like lots of other celebs, Hugh has jumped on the Twitter bandwagon, but he's using the site for philanthropic purposes, writing: "I will donate 100K to one individual's favorite non profit organization. Of course, you must convince me why by using 140 characters or less." He later added: "The more passion shown for your charity the better! Get the support of your friends and teach them the importance of giving." Several of Hugh's thousands of followers have responded with suggestions including charities for homelessness, disease and child welfare. What a great guy! 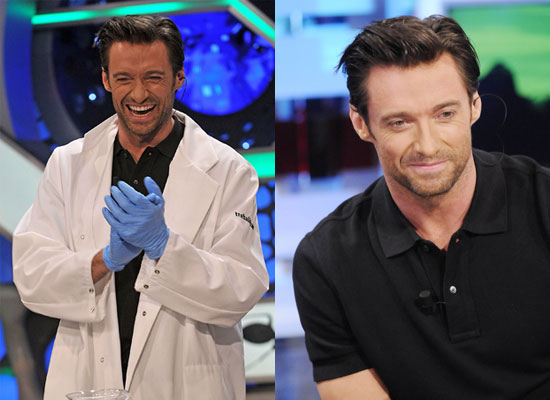 To see video footage and more pictures of Hugh having fun in his costume, just read more.