As FabUK showed you yesterday, Emma Watson is the cover star of May's Interview Magazine, looking flawless in the close-up shots that grace the pages — taken by Nick Knight — and stylish in the black and white images inside the magazine. Journalist Derek Blasberg conducts a lively interview with the newly nineteen year old star of the Harry Potter movies, and talks to Emma about her study hopes for the future, whether she'll continue to act after the series of movies is complete and her friendships with Daniel Radcliffe and Rupert Grint as well as much more. Here are some extracts: 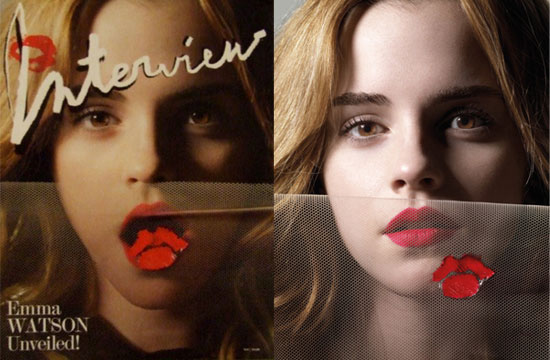 To read more from Emma on juggling Uni and filming, her trip to Mexico and to get a closer look at some more of the images that accompany the article, just read more.

You can read the full interview in the May issue of Interview magazine!