JLS attended a preview performance of Little Voice last night, to support their old The X Factor buddy Diana Vickers who’s starring in the play in London’s West End. The gorgeous boys looked smart as they posed for photos outside the theatre, and it looks like we’ve got them all to ourselves in the UK for now as they’ve dismissed rumours that they’re going to America. Oritse had this to say: 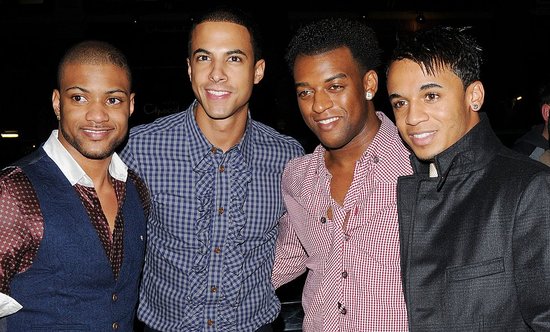 "We've not actually discussed anything to do with the US yet. For us the most important thing is for us to do well on our home turf. At the end of the day we were part of a show where everybody voted for us and I think our fans and supporters deserve for us to be here and give them some great music before we even branch off anywhere around the world. But obviously, it will be in our sights in the future. Right now it's all about the UK."

While international success could certainly beckon, I think it's great that the boys are staying focused here for now!