JLS's Marvin Humes has confirmed he is dating Rochelle Wiseman of The Saturdays! Rumours starting flying after the pair were seen leaving The Ivy together, and after Rochelle was spotted at JLS's show last Thursday Marvin has now admitted: "To clear it up — we went on a date, we’ve been on a couple of dates now. She’s been to see the show. She’s a great girl and we take one day at a time. It’s all good!" His bandmate Aston Merrygold has denied he's romantically involved with model Sophie Houghton, saying: "I have never met this girl her in my life... Listen — please someone make an offer, I’m begging!" The band are also in talks to launch their own range of colour-coordinated condoms called Just Love Safe. 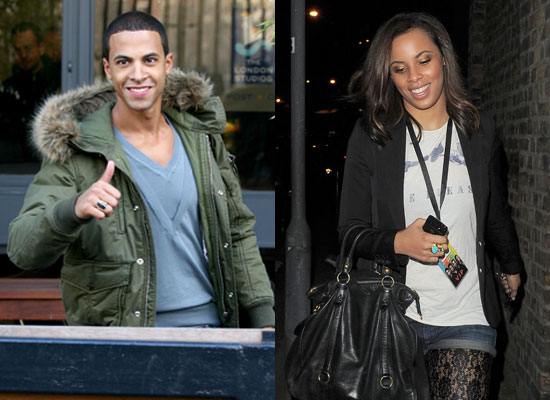