After touring some radio stations in the US, the JLS boys have come to a stop in Los Angeles, where earlier this week we saw them grinning in the sunshine on the Sunset Strip. Yesterday the boys were out and about in Hollywood as they rehearse before filming their brand new music video in LA. They all took a long break for food, and were spotted munching on bananas and burgers too during their downtime. I'm sure they're working hard enough to burn that junk food off! 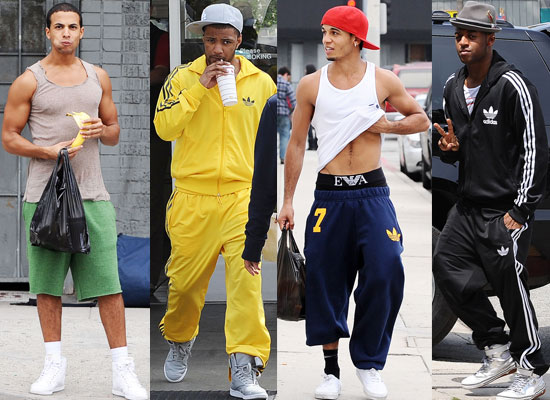