The all-star cast of Gulliver's Travels gathered in Greenwich yesterday to film scenes for the movie. After starring as The Young Victoria, Emily Blunt is back in a royal role as the Princess of Lilliputia. She had a busy time on set, throwing punches at The IT Crowd's Chris O'Dowd and kissing Jason Segel. Jack Black, who plays the eponymous Gulliver in the "contemporary reimagining of the classic Jonathan Swift tale", was also on set and chatted with his costars, including James Corden. James is thrilled to be involved in the film, saying: "I was lucky enough to meet Jack when I went to America to audition with him. I have never done a big studio picture, so I am really looking forward to it." Catherine Tate and Billy Conolly also star in the film, which is due for release in June 2010. Will you go and see it? 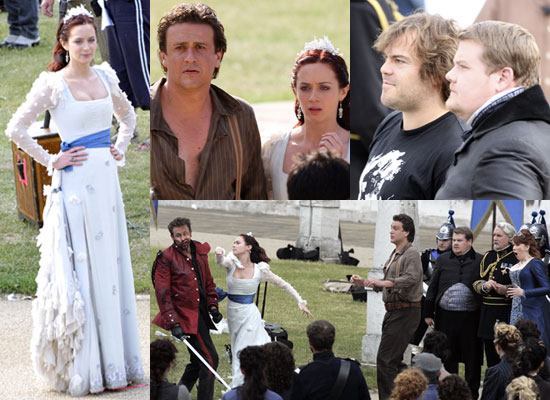