Jade Goody has revealed that she asked doctors to end her life after they diagnosed her with terminal cancer, telling OK! magazine: "I said to my doctors, 'I just want to go now, just give me an injection or a tablet. Just let me go and let my kids get on with their lives'". With her sons at the front of her mind, Jade said: "I’d rather they remembered me as I was when I was well instead of watching me deteriorate in front of them. That would really upset me". Thanks to the support she's received from her family and new husband Jack Tweed, who brought her flowers yesterday, Jade is now helping her children prepare for her death. She will read them a book about a dying badger which explains heaven to children: "I think my boys know now that I'm dying. I'm going to read the book to them so they know what happens when I'm gone." 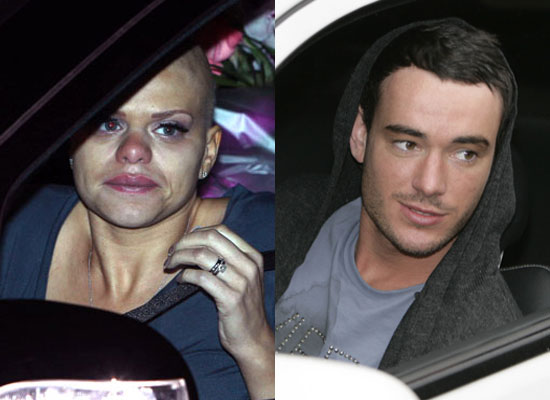 Jade is also focussed on Freddie and Bobby's Christenings, which are thought to take place on Monday, and has vowed: "I will be there". Before the ceremony, her family and friends will take part in a charity walk on Saturday to raise money to aid the fight against cancer. Jack will also take part, if Jade is well enough for him to leave her side. Jade has one more major event next week: a "farewell" TV interview with Piers Morgan on Wednesday.