Jack Tweed is at Jade Goody's side while he waits for probation chiefs to decide whether they will allow him to take off his tag so he can be with her as she faces the end. He said: "She’s my wife and she needs me." Jack has to return to his mum's home by 7pm every evening, and friends have commented on how distressed this makes Jade, saying: "She becomes tearful when it starts getting close to the time when Jack has to leave... It is a constant stress which she doesn’t need." Jade is struggling after her wedding on Sunday, and was in so much pain she was unable to leave her bed for her hospital appointment yesterday, so doctors visited her at home. Her sons' Christenings have been postponed from Monday until Saturday 7th March. 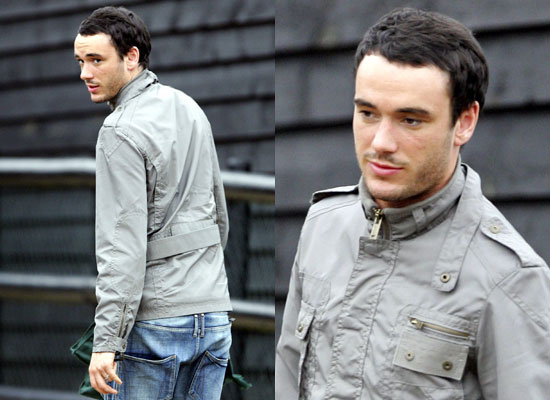 Their wedding will be televised, but following rumours that Jade would allow the Living TV crew to film her death as part of her documentary, Max Clifford has said the reports are "totally untrue. It was never thought about, never mentioned. It won't happen -- it was never even discussed." Jade has always shown honesty and courage while living her life in the public eye, and her bravery has led her to be ranked third most respected person in the world in a poll of Brits, after Barack Obama and Nelson Mandela.