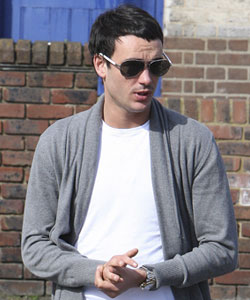 Jack Tweed will be able to attend Jade Goody's funeral on 4 April, as his sentencing for assaulting a taxi driver has been postponed.

A spokesman for Harlow Magistrates Court confirmed the sentencing will now take place on 16 April. Jack was due in court tomorrow after being found guilty of assault.

Jack has spoken about his determination to change his ways, saying: "I’ve had to do so much growing up these last few months – Jade and I went through so much together. I am determined to make her proud and I will."