Jade Ewen will represent the UK at tomorrow's Eurovision Song Contest final in Moscow, having been chosen by BBC viewers as the best of the bunch on Eurovision: Your Country Needs You. She will perform "It's My Time", composed by Andrew Lloyd Webber especially for the competition. Unfortunately Terry Wogan has stepped down as commentator, but Graham Norton is taking his place so we can still expect giggles, and glamour courtesy of Dita Von Teese and Natalia Vodianova. Our entry last year, Andy Abraham, came joint last, but Jade sounds pretty confident, saying: "I know the song, I know I can deliver it". Check out her song below and let me know: can Jade win the Eurovision Song Contest? 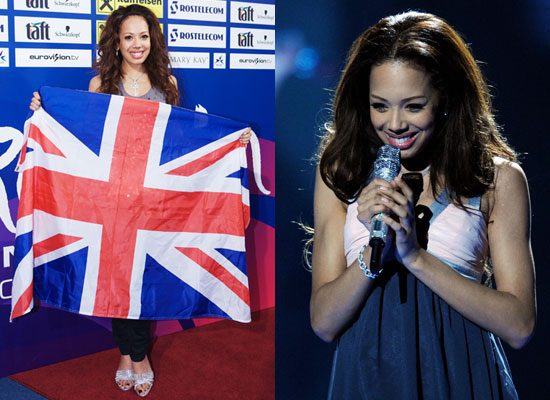