Jade Goody underwent emergency surgery yesterday to remove a blockage in her bowel, while it was revealed that Jade's cancer has now spread to her brain. After being transferred from St Clare Hospice to Royal Marsden Hospital on Sunday, Jade was then taken to Chelsea and Westminster Hospital yesterday for the operation. A family friend said: "This hasn’t shortened her life expectancy, which remains at weeks. But of course it is another extremely painful reminder of what lies ahead". Max Clifford, Jade's publicist, had positive words about the surgery, saying if it is successful, "it will dramatically improve Jade's quality of life. She can have her drug intake reduced and should be able to start eating again. It should enable her to be mobile again - and then Jade can do the thing she desperately wants to do, spend time with her boys." He added that Jade continues to be "very brave and positive". 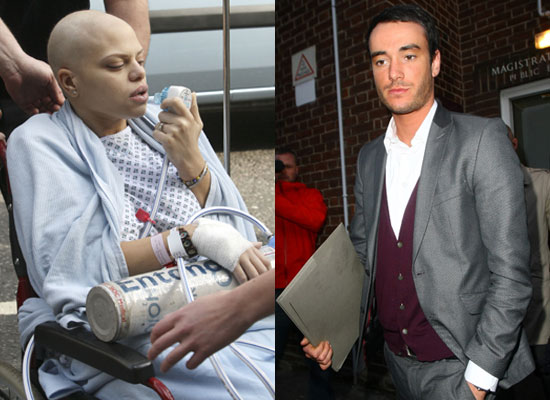 While Jade has been in hospital, Jack Tweed has been at Epping Magistrates Court. He is accused of assaulting and threatening to stab a taxi driver who asked for the fare in advance. Jack denies assault and a witness said Jack had argued but had not used or threatened violence. The trial continues, and if Jack is found guilty he could face a six month jail term.