There were birthday parties galore in London last night, from Company Magazine to celebrity hairdresser of choice James Brown, who celebrated his 39th and the first year of his haircare range with a starry selection of pals at Volstead. Princesses Beatrice and Eugenie joined in the celebrations alongside Kelly Osbourne and Luke Worrell. Kelly's brother Jack looked happy next to Kimberly Stewart, who caught my girl Fab UK's eye in her red tartan outfit: do you love or hate her look? 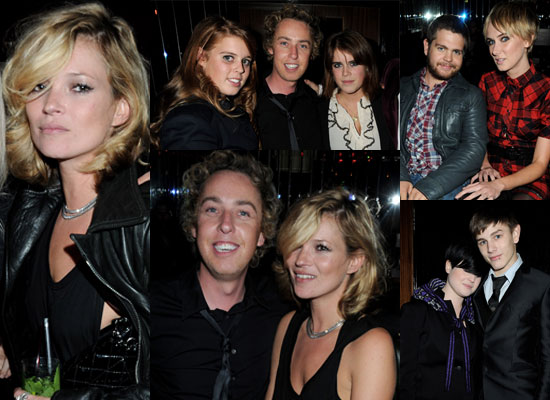 Kate Moss went curly for the occasion, while reports suggest her life story might be made in to a film along with the rest of the Primrose Hill set. Most of the guests were full of smiles, but Rhys Ifans wore his (rather rude) heart on his jacket lining. Charming.