Dominic Cooper and James Corden were full of giggles as they piled into a taxi after enjoying a night out in London yesterday. The History Boys costars often hang out together, and a boys' night on the town was just the thing to take their minds off the speculation about their love lives. James has reportedly been kissing Caroline Flack after breaking up with Sheridan Smith, while Dominic has allegedly been getting close to Ruth Negga, his costar in Phedre at the National Theatre. We haven't seen Dominic and Amanda Seyfried on a date night for a while, so I hope all is well. His career is certainly going from strength to strength though, as he is in negotiations to star in Tamara Drewe alongside Gemma Arterton. 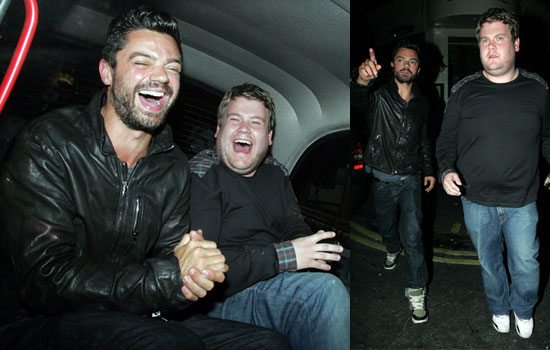