James McAvoy was honoured with the Film Award at the Variety Club's 56th Annual Showbusiness Awards in London last night, for his performances in movies like Atonement, The Last King of Scotland and Wanted. The accolades just keep on coming for James, who attended the ceremony with wife Anne-Marie Duff: not only is he to receive a Fellowship from the Royal Scottish Academy of Music and Drama in Glasgow next month (his old drama school), he's also nominated for Best European Actor for Atonement at this year's European Film Awards. As if that all that isn't enough, James will be walking the boards early next year alongside Nigel Harman in Three Days of Rain at London's Apollo Theatre. What a busy boy. 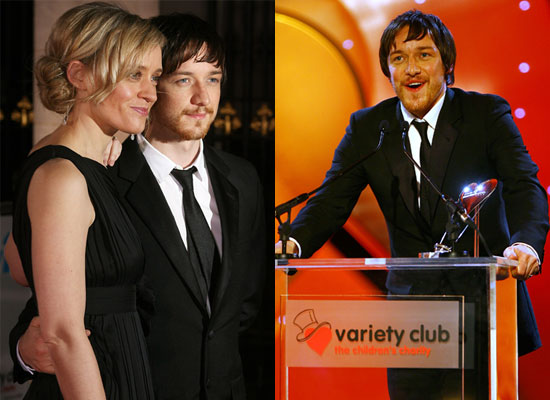