Jamie Campbell Bower, Charlie Bewley and Cameron Bright attended the Rome Film Festival to present new scenes from the upcoming Twilight movie New Moon to a huge crowd waiting to catch a glimpse of any of the stars of the series. Jamie and the boys took part in a question and answer session and a signing too with fans, who didn't seem too unhappy that Robert Pattinson and Kristen Stewart were filming Eclipse in Vancouver. An exciting new trailer has been released featuring Rob, Kristen and Taylor — check it out under the jump! 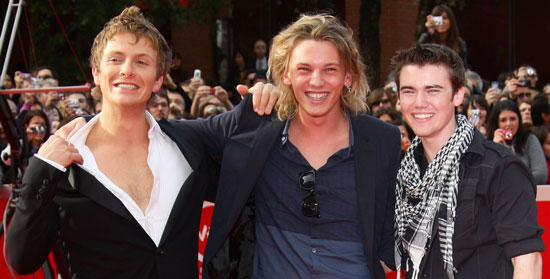 To see more photos from the New Moon event, plus the new trailer, just read more.