Jamie Oliver took his eight-month-old daughter Petal Blossom Rainbow for a walk in the snow near his home in Primrose Hill in London yesterday: so cute! They wrapped up warm in hoods and padded clothes: can you identify these other celebs in their snow gear as we get in the mood for Christmas? Jamie looks pretty content with his personal life, and his professional life has just received a boost thanks to his new show, Jamie’s Family Christmas, which beat the following programme, Gordon Ramsay's The F Word, in the ratings by two million viewers. Jamie's also beating Gordon in my favourite British personality of 2009 poll: vote now! 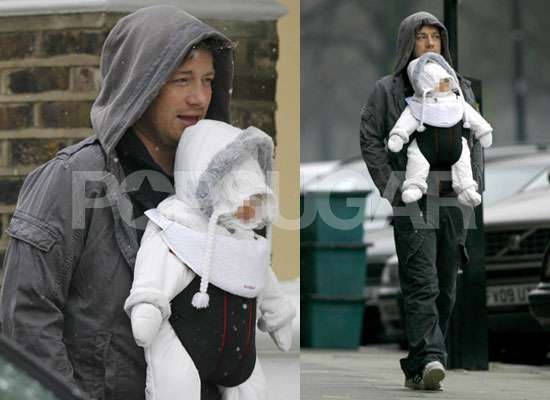