Hot new couple alert! Jason Statham and Rosie Huntington-Whiteley showed off their new loved up status as they shopped in Hollywood yesterday. The actor and British Victoria's Secret model were spotted canoodling at Coachella over the weekend, and it looks like their romance is not just a music festival fling as they strolled arm in arm. Daisy Lowe and Matt Smith also went public at Coachella: must be something in the Indio air! Rosie recently dated Olivier Martinez, while Jason holidayed with Alex Zosman over New Year. It seems Jason has split with Alex now, though, as he and Rosie were also spotted together in London last month. With a new man and a new modelling contract, Rosie's got a lot going on! 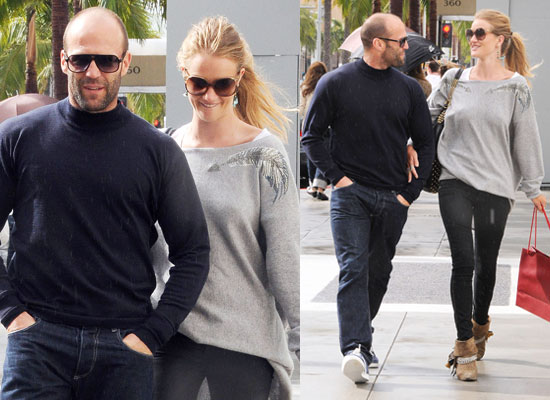