Jennifer Aniston made her way to The Baster set in New York City yesterday as rumours suggest she broke up with John Mayer because of his obsession with Twitter. Jen apparently got fed up when she saw John had made time to update his Twitter but was too busy to return her calls, with her friends saying: "He didn’t deny it. He knew he was avoiding her. So when she ended things, he just said OK, and he was sorry it didn’t work out." John is just one of several celebs who keep us updated on their lives through their Twitter accounts, and I'd love to know if you're starting to get bored of all their tweets? Vote below to let me know! 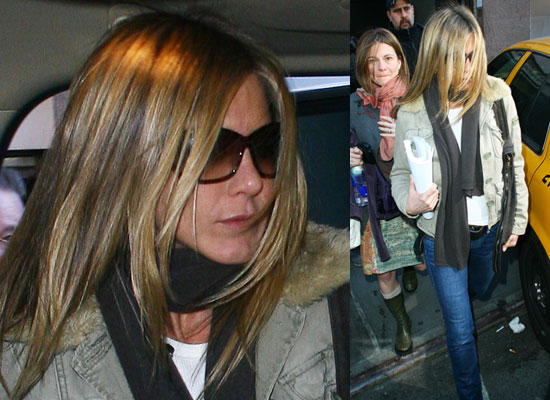