After goofing around at the photo call yesterday, Jim Carrey and Zooey Deschanel got their glad rags on for the UK premiere of Yes Man in Leicester Square. They posed in front of a red London bus, with Jim showing us Brits some love in his monochrome Union Jack print jumper. The author of the book on which the film is based, Danny Wallace, also walked the red carpet, as did I'm A Celebrity's Dani Behr and Blue Peter's Zoe Salmon. Zoe's tights got people talking, while Dani braved the cold and bared her back after returning from the Australian jungle at the weekend. Yes Man is one of several big name films released this month: check out the trailer and then take my slideshow poll and let me know which December films you plan to see. 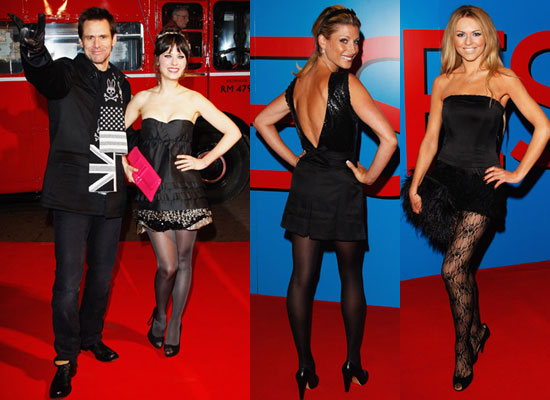