Kristen Stewart and Dakota Fanning were decked out in full costumes while filming The Runaways in Los Angeles yesterday alongside Joan Jett. Kristen swapped her leather jacket for a cute top, while Dakota wore a denim jumpsuit: my girl FabUK wants to know do you love it or hate it? While Kristen focuses on her new film, and Robert Pattinson's busy on the set of Remember Me, attention is still on their upcoming movie release, with Kristen and Taylor Lautner appearing on a new book cover for New Moon ahead of its cinema release. Are you more excited for the next installment in the Twilight saga, or seeing Kristen as Joan Jett? 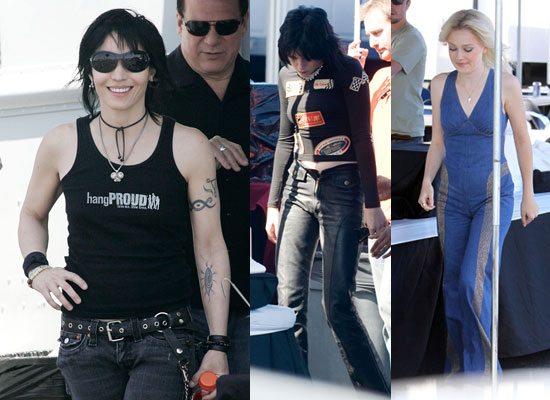