Johnny Depp arrived in Belgrade, Serbia yesterday looking casual in jeans, sunglasses and a beanie hat. He's there to attend the third annual Kustendorf International Film and Music Festival which was started by Serbian director Emir Kusturica. Emir has also announced that he will be directing Johnny in a film about Mexico's 19th-century bandit-turned-revolutionary Pancho Villa in the future. Johnny will also come face to face with himself, when a life size bust of him is unveiled later today to kick off the festival, which runs until January 18. 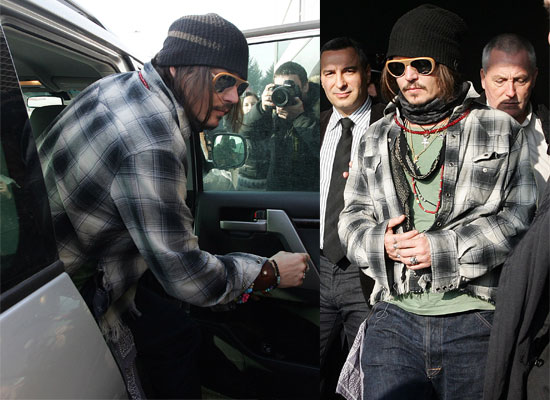