TV stars from our side of the pond took to the stage at CBS and Showtime's TCA tour yesterday to chat about their shows. New mum Billie Piper took time out from Miami beaches to discuss Secret Diary of a Call Girl. My girl Buzz was there to hear Billie's revelations about the show, including the fact that she thinks Londoners tend to be more prudish about the show's sexual content than US audiences! Buzz also heard Joss Stone's comments about her role as Anne of Cleves on The Tudors, and my girl Molly's got the lowdown from Jonathan Rhys Meyers about what the sex scenes are like. All three stars got in to their snazzy outfits after the panels and went on to party. 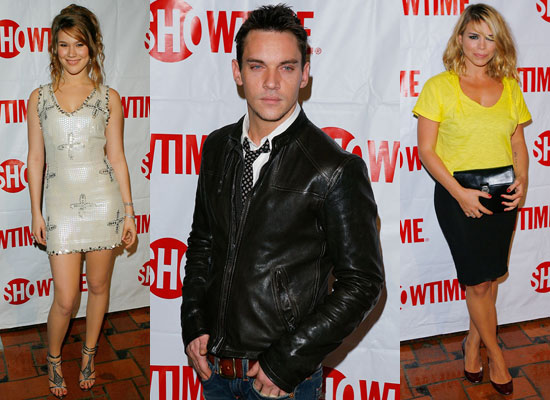 To see all the pictures of Jonathan, Billie and Joss, just read more.