While we're busy watching Jonathan Rhys Meyers in season two of The Tudors, the man himself is busy filming season three already. During a break from filming at Dublin Castle in Ireland, Jonathan was spotted wearing Tom Cruise style shoe lifts as part of his Henry VIII costume. I've got to admit those boot accoutrements don't do it for me, but Jonathan's still looking pretty good from the ankles up. What are your thoughts on Jonathan in his full Tudor garb: hot or not? 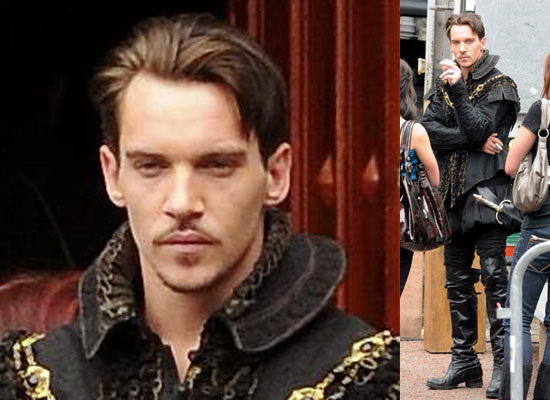