Jonathan Rhys Meyers has set tongues wagging that he's engaged, as he sported a ring on his engagement finger at U2's concert at Croke Park in Dublin yesterday. His girlfriend Reena Hammer also had a ring on her finger! My girl TresSugar wants to know whether you'd rather do, dump or marry Jonathan. He was spotted with Katie Larmour a month ago, but it looks like the pair are just friends as Jonathan continues to step out with Reena, who is the daughter of Ruby Hammer of the Ruby and Millie makeup brand. Jonathan celebrated his 32nd birthday yesterday, so perhaps the couple were also celebrating a new stage in their relationship too. 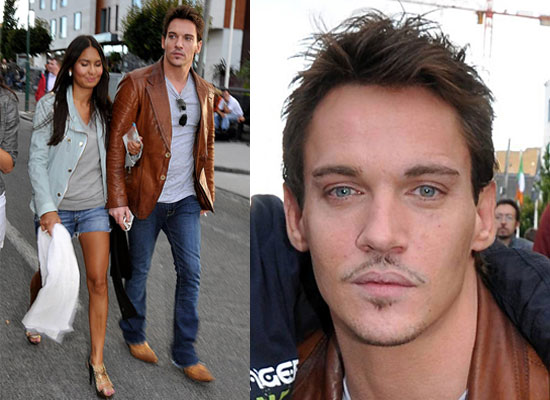