Jonathan Rhys Meyers was a world away from his role as Henry VIII as he played basketball outside his house in Hollywood. Check out those arms — now that's some manjoyment material, right? The third season of the show has just got under way in the US, so it looks like Jonathan now has a little time free to hang out with friends. It's great to see him looking so healthy and handsome after his trip to rehab earlier this year. Yum! 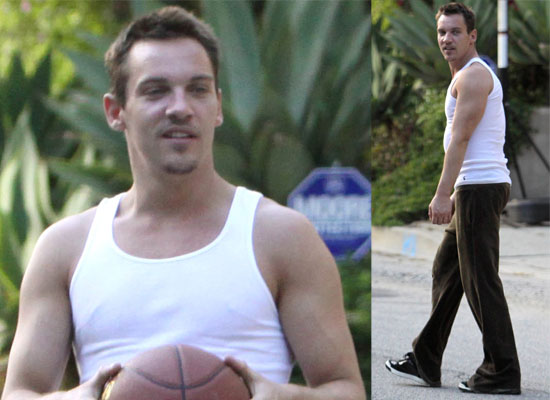