One of my favourite Irish actors Jonathan Rhys Meyers does the smouldering sexy look so well, but it's great to see him grinning at The Tudors Season 3 launch party in New York City yesterday. The actor reportedly entered rehab a month ago for the third time, but returned to work in LA after receiving treatment for alcoholism. Jonathan looked happy to pose alongside on-screen wives Tamzin Merchant and Annabelle Wallis, although Joss Stone was one wife who was absent. My girl Buzz has a first look at the new season: are you excited to see it? 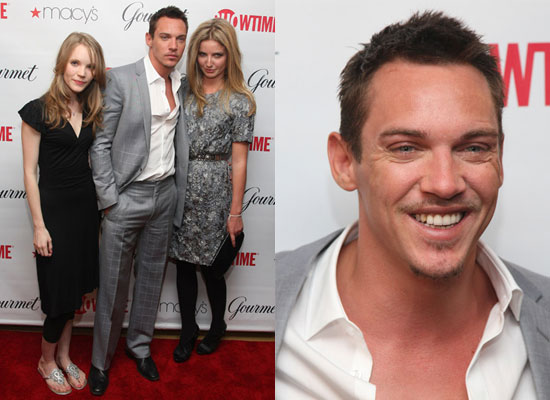 To see more pictures of Jonathan and his on-screen wives, just read more.