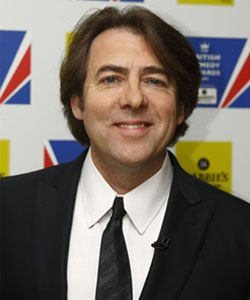 Jonathan Ross is leaving the BBC having worked for the corporation for 13 years. As one of the BBC's highest paid stars, Jonathan hosted a Friday night chat show, a film review programme and a show on Radio 2.

It was during Russell Brand's BBC 2 radio show in October 2008 that Jonathan made calls to Andrew Sachs with Russell, which caused huge controversy. It led to Jonathan's three-month suspension from the BBC and Russell's decision to resign.

Jonathan hinted at the news on Twitter this morning, tweeting: "Good morning. My day is turning out to be far more interesting then I had anticipated ! See you later - have a good one."

It is reported that Jonathan was facing a pay cut of £4million, and rumours suggest Graham Norton was already being lined up to replace Jonathan's Friday night chat show.

Jonathan made a statement that he won't renegotiate his contract when it ends in July, saying:

"Although I have had a wonderful time working for the BBC, and am very proud of the shows I have made while there, over the last two weeks I have decided not to re-negotiate when my current contract comes to an end.

While there I have worked with some of the nicest and most talented people in the industry and had the opportunity to interview some of the biggest stars in the world, and am grateful to the BBC for such a marvellous experience.

I would like to make it perfectly clear that no negotiations ever took place and that my decision is not financially motivated.

I signed my current contract with the BBC having turned down more lucrative offers from other channels because it was where I wanted to be and - as I have said before - would happily have stayed there for any fee they cared to offer, but there were other considerations.

I love making my Friday night talk show, my Saturday morning radio show and the Film Programme, and will miss them all.

I look forward to continuing work on these shows until the Summer, and I will continue hosting the Bafta Film Awards, Comic Relief and other BBC specials.

Working at the BBC has been a tremendous privilege, and I would like to thank everyone who has watched and listened so loyally over the last 13 years."