Katie Price was surrounded by photographers as she arrived in Los Angeles yesterday, just a couple of days after her hubby Alex Reid arrived in the States. The newlyweds will reportedly attend Elton John's Oscars party at the weekend, which Kate went to last year with Peter Andre. Pete's had quite a week, as following on from her revelation that she had a three month fling with Pete, Maddy Ford has also claimed Pete is still obsessed with Kate. Meanwhile, Kate has apparently told Alex to sack his manager as she wants to help him with his career. A night at Elton's Oscars bash will be just the ticket to making Alex an even bigger star. 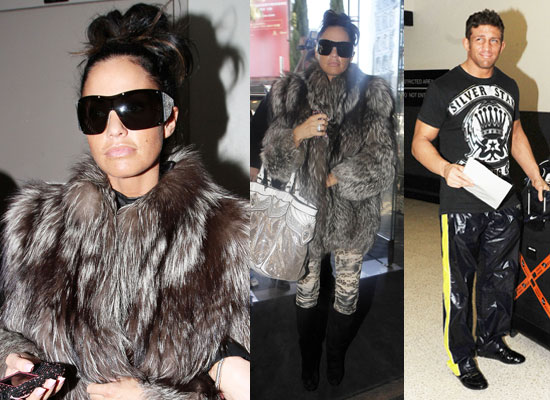 Oscars
The Golden Globes Just Moved Dates, So What Does That Mean For Award Season?
by Amanda Prahl 23/6/20

Oscars
Lady Gaga Was Pulled Over by Tiffany's Security After the Oscars . . . on Her Way to Taco Bell
by Perri Konecky 29/5/20