Newlyweds Katie Price and Alex Reid were reunited yesterday after spending time apart while Alex was in India. He did send Kate a special surprise on Valentine's Day, however. The pair, who are one of my favourite couples, were spotted arriving at the May Fair Hotel and then Alex changed into bright white jeans for a trip to TV studios and then dinner at Nobu. Alex has spoken to Alan Carr about their wedding, saying that Kate accepted his proposal back in September, they didn't sign a pre-nup, and they wed in Vegas because they "just wanted to do it so urgently". He also spoke about Peter Andre, saying: "Peter's a great dad, I don't want to take anything away from him so why not all sit round a table? I love those kids but I don't want to be their dad." The interview will air tonight on Channel 4 at 10pm: will you be tuning in? 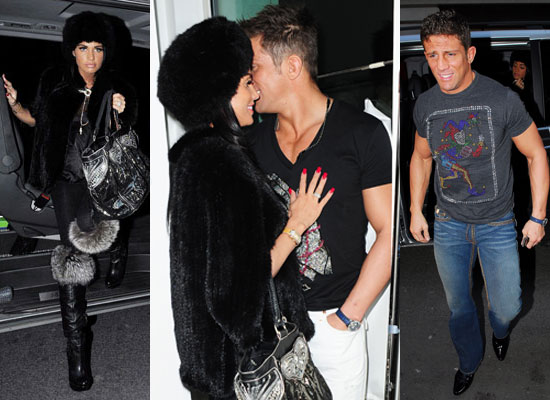