Katie Price wore a furry jacket and tight black trousers as she arrived at Heathrow Airport yesterday for a flight to Austria. She's making time to attend the Vienna Opera Ball tonight, following her busy week promoting the new series of her TV show with various appearances and talk of babies. Meanwhile Alex is India training for his upcoming MMA fight, and is also being followed by cameras for his own TV show. Kate's infuriated Peter Andre after photos of Princess wearing makeup appeared on Facebook, and she's also caused controversy by making a rather startling comment during an interview with LBC 97.3, saying: 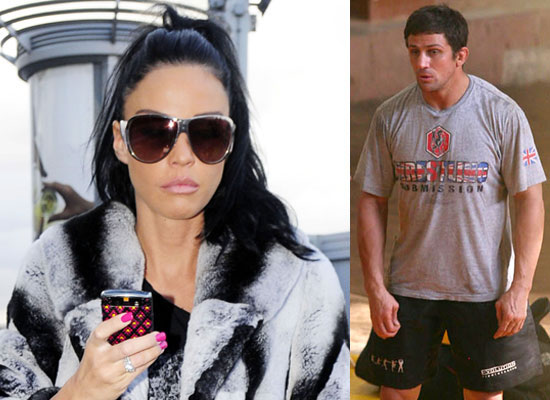 "What do I fear? Dying because I don’t know how I would die. Sometimes I think it might be a Diana moment because the way the press chase me outside my house and try and run me off the road. It wouldn’t surprise me if it’s a car crash and I always say that."

It's not the first time parallels have been drawn between Kate and Princess Diana. Kate said her marriage breakdown was due to the fact she "felt married to two people", echoing Diana's assertion there were three people in her marriage. What do you think of Kate's comments?