Katie Price got all dressed up like a fairytale princess for the Vienna Opera Ball last night as the guest of a couple of Austrian entrepreneurs, after her original date uninvited her. She arrived in Austria the day before as a picture of her daughter Princess wearing makeup was posted on Facebook by Kate's sister, Sophie. Peter Andre appeared on GMTV yesterday and said he is "absolutely disgusted" by the image. Kate Garraway asked him about Kate's new husband Alex Reid, to which Pete responded: "I don't have a problem with anybody. I've never met Alex, he's probably a really nice guy". After watching Kate's appearance on the show where she praised his parenting skills and said she hoped they could all hang out, Pete responded "we'll see how things turn out": check out video footage after the jump. 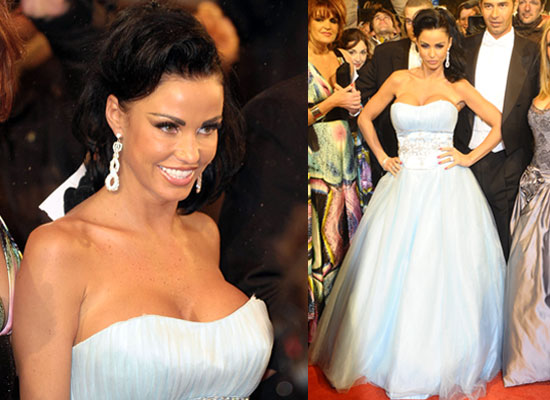 To watch Pete on GMTV and see more pictures of Kate, read more.