Katie Price and Peter Andre left the sunshine of Los Angeles and arrived at Heathrow Airport yesterday in their sunnies. The couple are back in the UK ahead of the premiere of their new TV series on ITV2 on Thursday, which documents their life Stateside. They will also be taking part in the London Marathon on the 26th to raise money for charities, with Kate running for The Vision Charity and Peter for the NSPCC. When he's not been busy getting in shape, Pete's been working hard on his new album in LA studios, and is clearly excited about his new material, saying: "I can’t wait for everyone to hear the first single release, and go, 'Get lost, that’s not Pete!' I honestly believe for the first time ever that I’m going to have an international album. I’ve never had that before, but now I really believe it." I can hardly wait. 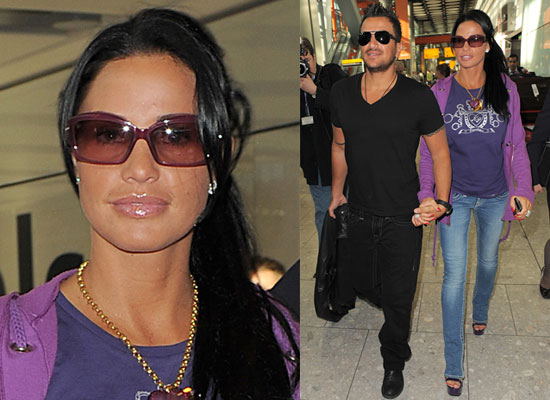