Katie Price enjoyed a peaceful weekend, taking her children to the Thomas & Friends Hero Of The Rails premiere in Leicester Square on Saturday and then dining at Nobu Berkeley with Alex Reid in the evening. However, on Sunday the mood turned sour as the News of the World published extracts from Dwight Yorke's autobiography, Born to Score, in which he criticises Kate about her attitude to him being a part of son Harvey's life, and also reveals details about their sex life. Dwight also takes a swipe at Peter Andre, who spent sunny Sunday having lunch at Topolino Duo in Hove with his brother Mike. Here are the highlights: 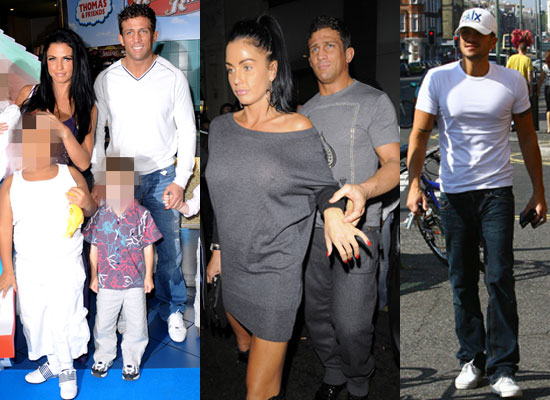 To find out what Dwight said about infidelity, proposals, and the difference between Katie and Jordan in the bedroom, and to see more pictures, just read more.

Dwight also revealed he cheated on Kate during their relationship, but then proposed to her after Harvey was born, and spoke about being intimate with Katie/Jordan:

What do you make of Dwight's revelations?